One of my all-time favourite game series

The music featured here is directly related to the games in my Video Game Origins and Great Games I Miss posts, so please check these out first!

These are my favourite soundtracks from each of these old games I used to play, enjoy! I find them all highly nostalgic and it gives me a weird mix of happiness, longing and sadness at the memories I have of these games I grew up with.

END_OF_DOCUMENT_TOKEN_TO_BE_REPLACED

This is the first gaming post in a while so I apologise for the wait! I’ll be looking at some of my favourite games which are either now inactive and have “died” or I can no longer play because of compatibility or updates. It’s a continuation from my video game origins post where I looked at the first few games that I really got engaged with, so I recommend checking that out first! It’s also my second post in the “Nostalgia” gaming category and I think it’s quite a good topic to talk about because of the attachment that exists. You may be aware that I’ve already done a review on two of the games, Guild Wars and RuneScape, however this post just focuses on aspects that I miss. Hopefully you’ll have played at least one of these and can share your sorrows with me!

Call of Duty: World at War:

Okay so I hope I don’t get lowered in your opinion of me by including a Call of Duty game but I’ll have to run that risk! World at War is the only Call of Duty game I own, and I think the reason why I’ve never bought another was my computer at the time really struggled with the single player campaign and only ran smoothly on the multiplayer maps, so I feared it would be unable to cope with any newer versions. I’m not sure therefore how this version ranks with the rest but I really did enjoy playing the multiplayer maps from the late 2008 release to around a year later when everyone left to play Modern Warfare 2.

I’ve been thinking back to all the content that I gradually came to master after playing the multiplayer maps for so long, such as learning good spots for sniping, safe areas to hide, what loadouts to use on what map, and learning how to effectively use each weapon, and more, and I do have to wonder how you could put that effort in to a new Call of Duty game every year!

My favourite maps were “Asylum” and “Seelow” where I found a few good sniping spots which would frequently reward me with plenty of kills. In maps with Tanks it would always be really cool to try to evade them and try catching them unaware with a bomb. I also liked how you how to make choices that could prove worthwhile or costly with the Perk system, such as choosing the “Fireproof” perk that’ll reduce fire damage taken, but perhaps you should have taken “Toss Back” which would allow you to throw back a grenade with its timer reset to save you from getting exploded!

I found it very addicting and has influenced me to try out other shooter games since. It was always inevitable that players would leave with the arrival of a new game but it still leaves me saddened how popular online games can just “die” with new releases, making it difficult to find players if you want to continue playing. 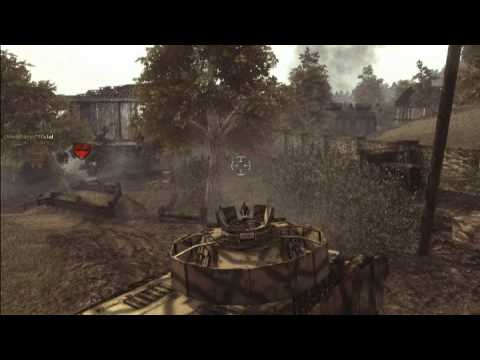 The thrill of dodging tank blasts!

END_OF_DOCUMENT_TOKEN_TO_BE_REPLACED

RuneScape has got to be a game that nearly everyone at some point has played! This is another free MMO like MapleStory, but has an optional monthly subscription available to unlock much more content. This enables you to try the game out for free before spending your money.

I started playing the game back in 2005, giving in to see what all the fuss was about. It features the familiar activities of completing quests and killing monsters which the genre is known for. However in addition to this, you can take time out of combat to work on the many other skills which are available such as Mining and Fishing.

I think what makes these non-combat skills great is how they tie in with each other. Smithing for example is useful for crafting armour and weapons, Cooking for those raw beef you’ve amassed and fish you’ve caught, Firemaking for logs you’ve cut down.

This is just free to play, once upgraded to “Member” you can improve on these skills with new resources available, as well as also opening up many new skills such as Construction to build your own home, and Farming to grow your own crops.

Hero tab: A handy overview of your character

END_OF_DOCUMENT_TOKEN_TO_BE_REPLACED

MapleStory is a free to play MMORPG with an in-game cash shop for cosmetic items. It’s a very addictive 2D platformer style game which I’m guilty of putting many hours into. Despite its appearance, it is surprisingly fun for all ages and has a good welcoming community for you to join.

Like many in this genre, MapleStory involves the RPG elements such as defeating monsters and completing quests for experience points which level your character up. However I think what separates this from the many others is how simple it was to get the hang of, with a very gentle learning curve and helpful interface. This was important to me when I started playing as a young gamer around 2008 as it meant I easily got attached and have since returned many times. 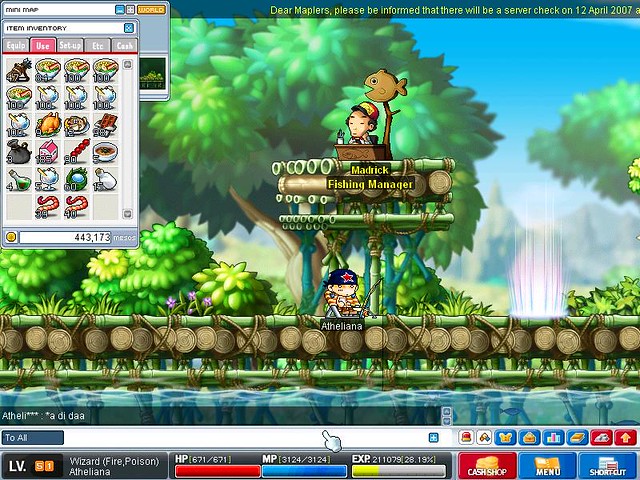 Interface: Simple and easy to get to grips with

END_OF_DOCUMENT_TOKEN_TO_BE_REPLACED

I think the best way to start my blog would be to talk about the first few video games which got me into gaming. These genres which I discovered from an early age would prove to remain of interest many years later.

From my memory, I think I was around six or seven when I first got a PlayStation 1. I played a number of games on it – with the aid of my very patient dad! – but Spyro was my favourite.

This adventure style game with gems and other collectibles became every evenings entertainment and I’d often wait when I got home from school for my dad to return from work to get me through levels I couldn’t complete.

Unfortunately the Spyro games which followed the first three were to be no longer developed by Insomniac Games and lacked the spark which made me love the purple dragon. I got a PS2 a few years after its release and have only recently replaced it with a PS3. I’ve just played the first five Spyro games so I don’t know if the series did pick up, however I do know that he is now looking rather different in the Skylanders universe! I’ve found myself returning many years on, partly due to nostalgia of course, to relive those adventures which had such a great impression on me and now without the help of my dad!

Spyro: A thrill from start to finish